Tellus is a mission-driven company dedicated to developing safe and effective treatments for unmet needs in newborns.

Founded in October 2018, Tellus is translating breakthrough science licensed from Duke University in which compounds identified in breast milk induce the regeneration of myelin-producing oligodendrocytes and repair white matter injury (WMI) in an animal model of perinatal brain injury. Tellus’ goal for its lead asset (TT-20) is to provide a treatment for every baby born at risk for brain injury and improve neurodevelopmental outcomes for affected children. 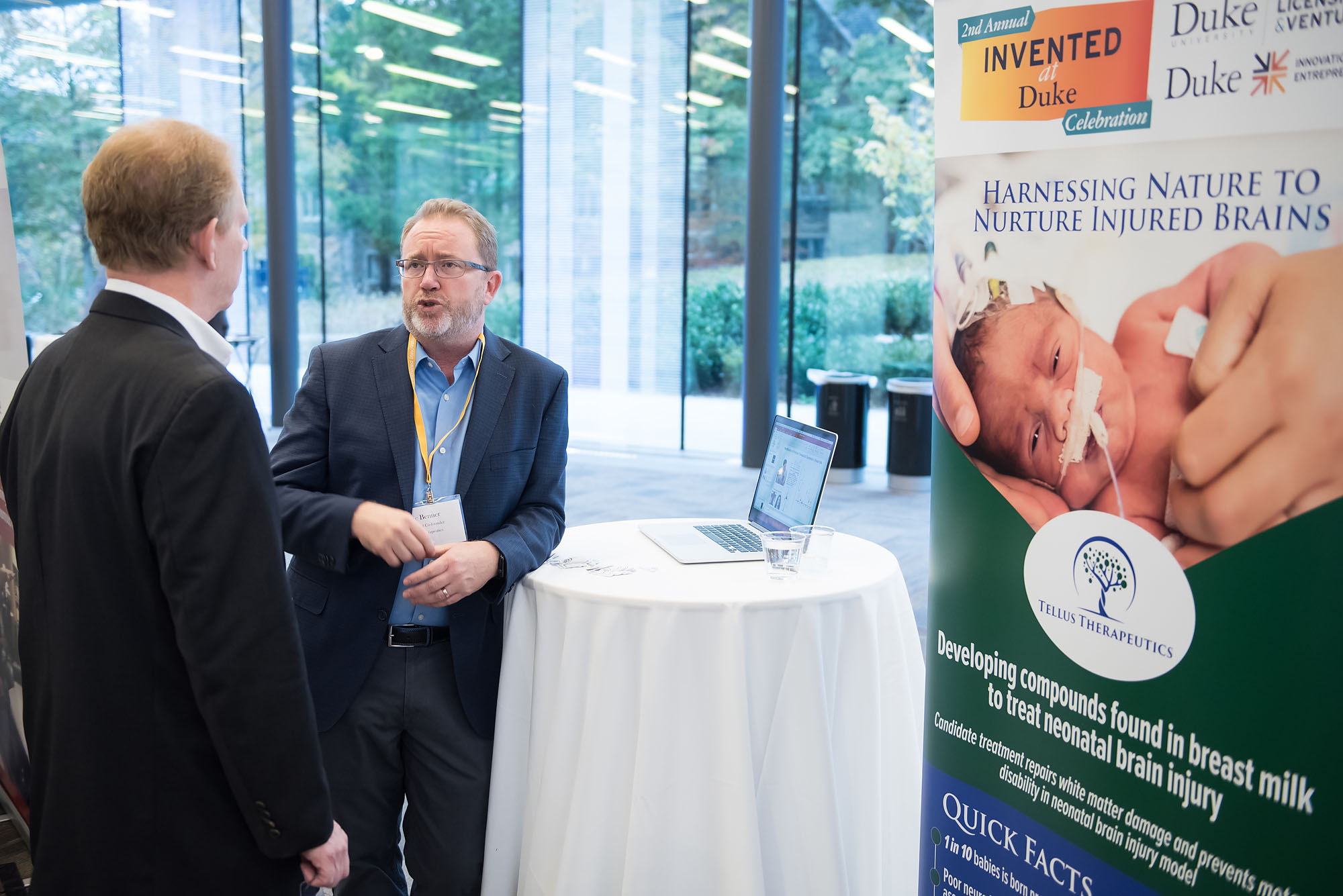 Through the development of TT-20, Tellus is pioneering a regulatory path for ’First-in-Neonates” programs that leverages advances in clinical tools and regulatory guidance.

As a preclinical stage life sciences start-up company, Tellus is focused on planning, funding and executing development programs to demonstrate safety and efficacy of new therapeutic interventions in newborns. Tellus aims to leverage institutional support, non-dilutive funding, equity investment and patient advocacy to discover, develop and commercialize a pipeline of products that improve care delivery, outcomes and lives of patients and families.

An A-List Group Of Investors And Companies Attended The 20th Anniversary Southeast BIO Investor & Partnering Forum (SEBIO) On November 13-14th At The Loews Hotel In Atlanta.

The Forum is the Southeast’s only regional life sciences venture capital conference. As always, one of the most popular parts of the conference is the Early Stage Shootout.

The selected participants of the Early-Stage Shootout were:

The winner, after much deliberation was Tellus Therapeutics.

Tellus Therapeutics is a mission-driven life sciences company founded in 2018 to translate groundbreaking research by Duke neonatologist and stem cell biologist, Eric Benner, MD/PhD, into a treatment for babies born at risk for brain injury. One in ten babies is born premature and at significant risk for white matter (myelin) injury and subsequent life-long cognitive and neurological impairments, such as cerebral palsy.

Tellus is developing novel small molecules derived from human maternal breast milk demonstrated to induce regeneration of myelin-producing oligodendrocytes, reverse white matter injury in an animal model of perinatal brain injury and is pursuing a novel regulatory path to evaluate safety and efficacy in newborns with brain injury for whom no treatments are available.

“On behalf of the company, I would like to thank SEBIO, organizers of the Early Stage Investor and Partnering Conference and the mentor team for supporting Tellus Therapeutics and early-stage companies like us. We are proud to be a part of the SEBIO community and healthcare innovation arising from Duke University and the southeast region.” Jason Kralic, Co-founder/CEO, Tellus Therapeutics.