Vascular structures are not normally seen on X-ray images due to the similar absorption values of blood and adjacent soft tissue, requiring the injection of iodine containing contrast agents into arteries to show these vascular structures. Repeated injections of contrast agents and X-ray exposures may be necessary to visualize arteries whose locations and structures may be further complicated by the movement of internal organs. Albeit generally safe, contrast agents have been shown to cause acute damage in 0.2-0.7% of patients, with 0.04% of patients having severe side effects. These side effects may include thyroid dysfunctions, contrast-induced nephropathy, and allergic reactions. In addition, repeated and long exposures to X-ray by both patients and physicians may lead to skin burns and later development of radiation-induced cancers. These issues thus suggest the need for methods of further reducing the amount of contrast agents and radiation used in procedures.

Duke inventors have reported a software algorithm intended to decrease radiation exposure and the amount of contrast agent injected into a patient and provide a clear, consistent view of the arteries for physicians. This technology detects the scatter of X-ray emitters to view arteries during fluoroscopy, and then displays the arteries on a live feed. It is used concurrently with fluoroscopic imaging systems in catheterization and interventional radiology labs and performs real-time tracking of vascular structures. The inventors have completed proof-of-concept experiments in the lab. 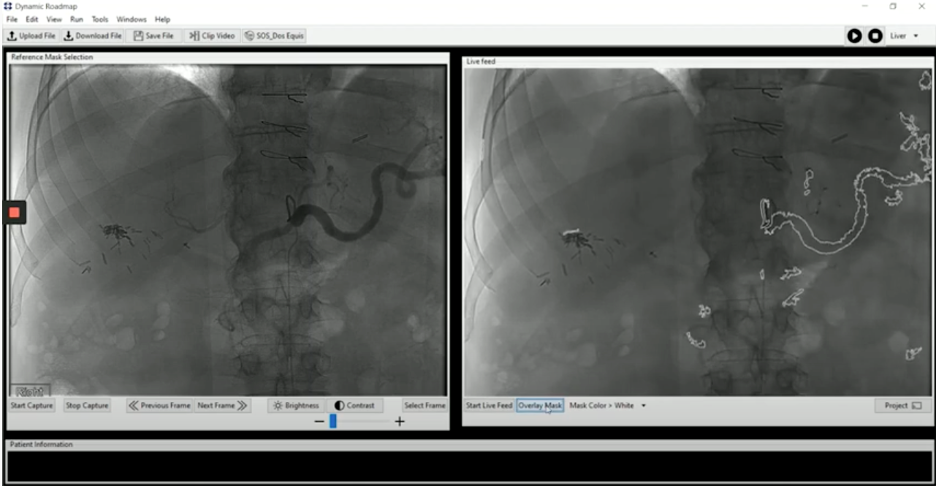