Treatment options for Parkinson’s disease are currently quite limited, and generally involve dopamine replacement therapy with a variety of dopaminergic agents. Levodopa (L-DOPA), the immediate precursor to dopamine, is currently the gold standard for treatment of Parkinson’s disease. However, L-DOPA therapy leads to undesireable side effects, with approximately 60% of patients experiencing fluctuations in motor performance, psychotic reactions, and levodopa-indused dyskinesias (uncontrolled movements) after just five years or less of treatment. Hence, there is a pressing need for improved antiparkinsonian therapeutics, especially those that could ameliorate the disruptive dyskinesia symptoms.

A facile synthetic route to substituted trans-2-arylcyclopropylamines was developed to provide access to mechanism-based inhibitors of the human flavoenzyme oxidase lysine-specific histone demethylase LSD1 and related enzyme family members such as monoamine oxidases A and B. Researchers have demonstrated through testing of synthesized arylcyclopropylamine inhibitors that some of these compounds demonstrate efficacy in the DDD mouse model which strongly suggests that they will also be efficacious in Parkinson's disease. They have also shown a subset of these compounds enhance the anti-parkinson's effect of L-Dopa when given simultaneously. 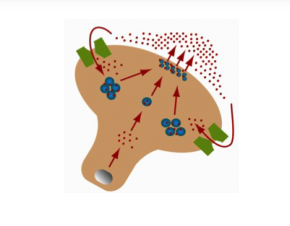