Thermal diodes are devices that rectify heat flows. Thermal diodes that have been reported suffer from drawbacks such as low diodicities (typically <1.1), reduced rectification (<10), and challenges to design a system to ensure effective liquid return from the condenser to the evaporator. A vapor chamber is a planar version of the heat pipe, a device of very high thermal conductance which is widely used in military, industrial and commercial applications. State-of-the-art vapor chamber heat spreaders typically use porous wick structures with pore sizes of the order of 100 micron or less to induce capillarity-driven liquid return, but such wick structures have distinct and inherent disadvantages. For example, wick structures generally have very large thermal resistance, which inhibits efficient heat transfer. Another disadvantage of wicked vapor chambers is manufacturability, especially when incorporating wick structures on the side walls and integrating them with in-plane wick structures. Orientation dependence is also an issue for conventional vapor chambers because gravity can affect the return of liquid from the evaporator to the condenser. It is therefore advantageous is to have a wickless evaporator that does not need any porous wicking structure at all, and to have a liquid return mechanism that does not depend on the orientation of external forces.

Duke researchers have developed a new type of vapor chamber intended to be used in military, industrial and commercial applications. A thermal diode comprising a superlyophobic surface, and a lyophilic surface separated from the superlyophobic surface defining a chamber. A liquid is disposed in the chamber, the liquid capable of phase changing during operation of the thermal diode. Methods of cooling and insulating bodies and rectifying heat transfer using the thermal diode are also described. The inventors have demonstrated this novel liquid return mechanism with an open-system BEVAC prototype in which an external voltage is applied between a wickless evaporator and a microfabricated condenser with hybrid wettability. 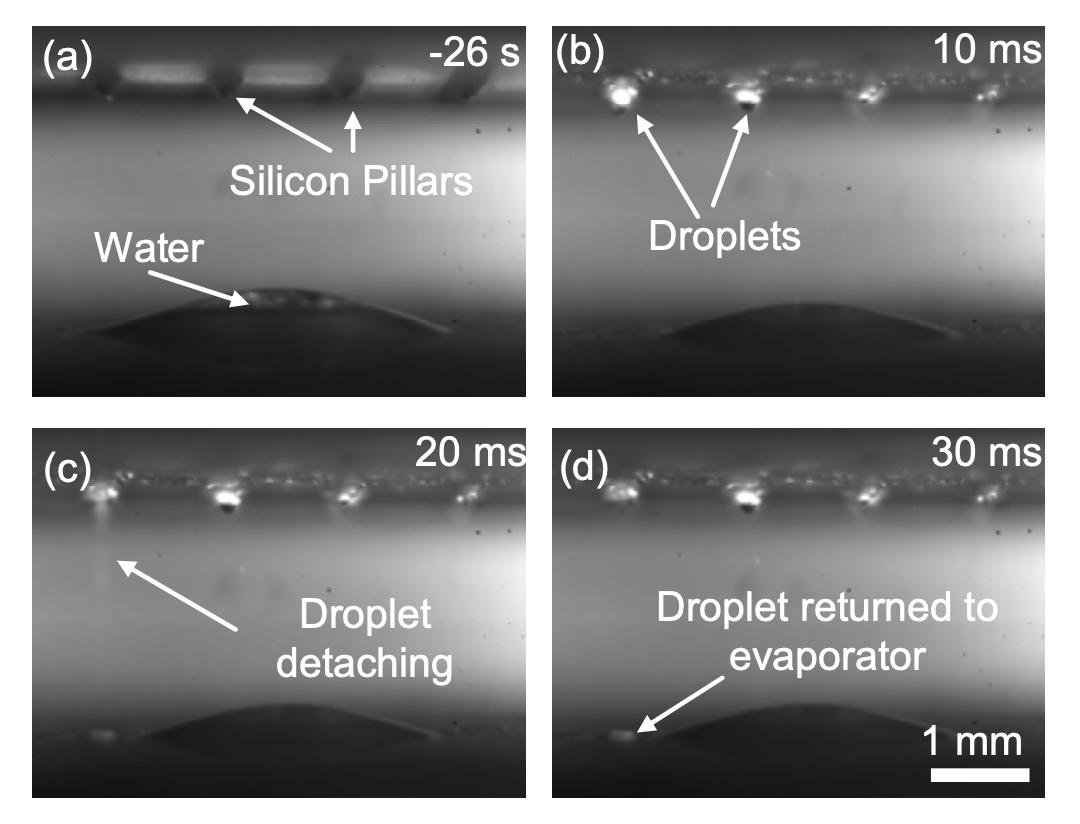